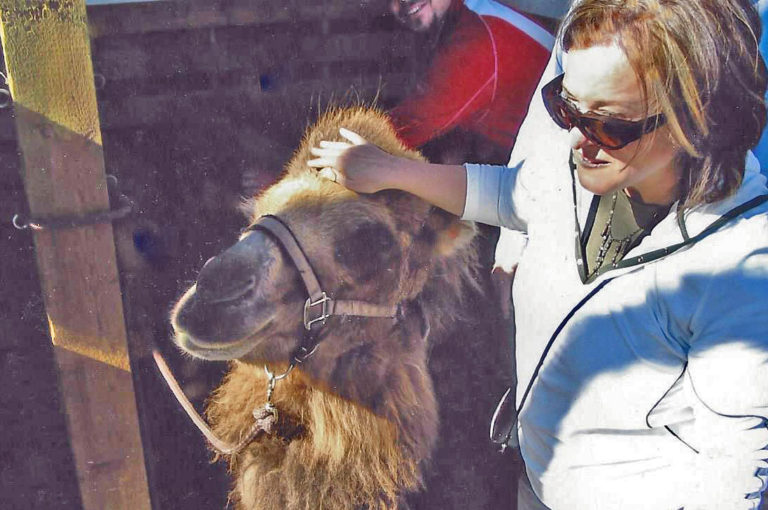 Growing up my favorite fluffy toy was a purple bunny, but we only had stray cats as pets. Ironically, I was well into adulthood before I realized how much I love animals of all sizes.

It wasn’t until I transitioned to a writing career that our lifestyle could provide a stable home for a pet. No-one had ever warned me that you instantly fall in love with the first puppy you see. On our first visit to a breeder—just to ask a few questions about the breed, of course—we came home with a 12-week-old Bichon Shih Tzu named Kipper (aka my little dead fish). Since we knew absolutely nothing about puppies, the whole family attended puppy preschool and then puppy school. We all passed with flying colors! By the time Kipper turned three, he needed a buddy so we found a 3 1/2-year-old Bichon rescue, named Benny, at the Humane Society. The little guy needed immediate medical care, grooming, training and lots of love. Off we went to puppy school again. Benny was a quick study, following Kipper’s example, and was quite content, well-behaved and full of s’love (i.e., snuggles and love). Sadly Benny passed away at the ripe old age of 14 in July 2017. Kipper joined his brother on the rainbow bridge two years later having also then reached the age of 14.

When I began writing books, my love of animals seeped into that aspect of my life as well.  I can’t imagine my story of Witch Unbound without Busby—the mysterious, but loyal and loveable canine Familiar. For anyone who doesn’t know, an animal Familiar spontaneously appears to a witch who is in need of help or protection and is believed to be sent by a more powerful witch or spirit. In this case, Busby is the Familiar for my heroine, Avalon [Avy] Gwynn, a young woman whose parents have been murdered and who doesn’t know she’s an extraordinary hereditary witch. Busby is one of the main story characters and shows up even before my hero, a powerful warlock (Marcus Egan). I modeled Busby’s behavior on Kipper and Benny, but he developed his own personality. He and Marcus have a funny dynamic to their relationship that I had nothing to do with; they just acted that way whenever they were together in a scene. I can’t say more without spoiling it for readers, though. Keep an eye out for the Beyond the Magic series publication beginning in November 2022.

It shouldn’t have surprised me when Buddy, another stray dog, showed up during a raging blizzard to be rescued by the heroine (Police Officer Joey Frost) in Chapter 1 of The Holly & The Ivy in the Frost Family & Friends series. This loveable canine brought moments of tears and joy to the holiday tale that could only come from the relationship between people and their pets. 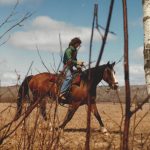 When my hubby and I moved to Canada’s cowboy country, Alberta, in 1997 we spent many weekends learning to ride and touring the backcountry of the Rocky Mountains on horseback. These were mountain-bred horses—their intelligence and agility amazed me. The horses allowed me to see parts of the mountains that I never could have accessed on my own – I have asthma so the thin mountain air is a challenge. There was one instance when we needed to descend a steep shale slope. Our guide told us we had two options; slide down on our behinds or stay on our mounts but let them have their head (meaning let go of the reins, lean back on their rump, and trust them to take you down safely). Most of the group opted for the bum option. Not me! I decided the horse was much more sure footed then I, so I lay back across Ginger’s rump and closed my eyes. It was like floating on a cloud. The guide told me later that Ginger was nicknamed ‘The Babysitter’ because she was so conscious of her charges that she never let one fall off her back. Who knows, maybe my next Familiar will be a horse!

I’ve also worked for the Municipal Department that oversaw the City Zoo, and that allowed me special access to the animals on occasion. I’ve hand fed elephants, petted the camels and had a sleepover with the Hippos – no snuggling with those guys let me tell you. As I was packing up my basement for another move recently, this time to a small town in the foothills just outside Calgary, I came across my photo albums and couldn’t help thumbing through. It amazed me to see how many animals, of all kinds, I’ve snuggled over the years. Take a look!