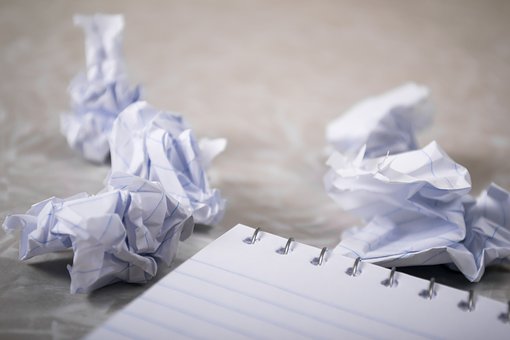 When you were little, what did you want to be when you “grew up”?

Once I got past wanting to be a gypsy princess, I knew I wanted to be a writer. It just took me a long time to follow through. I would always love when the teachers assigned us homework to write a story to be read out in class the next day, especially if it was left up to our imaginations what the story could be about. Even after all these years, I remember reading one out in Grade 6 class called “The Short Cut May Take You the Longest Way Home! It was about cutting through a cemetery after being held back for detention.after school. I think it even scared the teacher.

When did you first realize you wanted to be a writer?

My mother, concerned that I had so little interest in reading as I entered my teens, bought me my first category romance novel. That’s when I knew what I wanted to be when I grew up – a romance writer. From there, my tastes expanded to mystery and fantasy. Witch in the Wind starts out with a murder but comes to life with witches, warlocks, a canine familiar and even a magical dimension I created called The Otherland.

How many jobs did you have before you became a writer?

As often happens, life got in the way of my writing dream and it’s taken me more than two decades to circle back to it. But I’ve finally done it! Before that I had a very successful career in the senior management ranks of the international business and high tech world.

What inspired you to want to become a writer?

You can be inspired to write a particular story, but I’m not sure you can be inspired to become a writer. Writers write. We can’t help ourselves. My mother reminded me recently that, when I was in elementary school, probably only seven or eight years old, I would sit in the kitchen with her to work on a story for school. No matter how late it got, I would struggle to find exactly the right word for a sentence. She might have to suggest four or five before I’d agree. Then I’d get really excited when we hit on the one I felt was perfect. I remember feeling, even then, that there was a rhythm and flow to each sentence.

Which authors have influenced you most and how?

The first one who leaps to mind is Dame Agatha Christie. Unlike my siblings, I was slow to see the appeal of reading. My school’s required reading list was not very exciting —when was Thomas Hardy’s The Woodlanders ever considered YA fiction? In desperation, my mother bought me my first romantic suspense, which led to Agatha Christie and there was no turning back. She hooked me with And Then There Were None and pulled me through her entire series to Curtain: Poirot’s Last Case. Having waited until 2012 to fully focus on my fiction writing, I still take courage from the fact Agatha didn’t start her writing career until late in life and kept going up into her 80’s. I plan to do the same!

The other one is Nora Roberts. I heard her speak at an RWA Conference in New York, when someone asked her how she found the time to write given family obligations and other conflicting responsibilities. Her typically blunt response has stayed with me. She said, “Who’s the boss of you?” We all have to make choices about our commitment to our writing and how we balance it with our other responsibilities – but it is our decision to make. If it’s important to you, you find the time.

As my career has progressed, however, I’ve followed and even met, so many incredible authors, and learned so many lessons from them all; Sara Paretsky, Madelyn Alt, Juliet Blackwell, Victoria Laurie, Annette Blair, Deanna Chase,  Kate Carlisle to name just a few, that I have been able to figure out what niche I fit into.

I’m a bit of a genre bender I’ve always got a cozy mystery running through my stories, as I do in my holiday romance, THE HOLLY & THE IVY. And, I’ve learned most of the craft from romance writers so there’s always a hero and heroine who have to build a relationship of some kind to resolve the puzzle and reach their goals. But then I may weave in light supernatural elements, or give it an old style detective twist, or wander into the international suspense thriller genre…really wherever my imagination takes me.

How many books have you published and how long does it take you to complete a book?

Practice makes you faster in the publishing world and that seems to be my experience as well. It took me ten years, and lots of classes and workshops, to write my first two manuscripts (which live under my bed and will stay there), but only ten months in 2012 to write my debut novel, a sweet paranormal romance entitled WITCH IN THE WIND. I guess I needed a deadline to really motivate me to get my bootie in that chair and write. I also released STORIES OF CHANCE ROMANCE in 2012. My writing partner, Roxy Boroughs, and I had written almost a dozen sweet romance short stories over the years so, when we were both touched very personally by breast cancer, we decided to publish them as an anthology and donate all our author royalties from sales of that book to the Breast Cancer Foundation. Author Victoria Chatham joined the project this year with three new stories so we’ve updated the book and cover. My holiday romance, as part of A Frost Family & Friends series, The Holly & The Ivy, is my third story and it took me a very intense five months from first draft to final proof. I’d like to settle eventually into a comfortable pace of a book a year. Right now, I’m working on the sequel for Witch in the Wind and hope to get it out in early 2019. I have several other manuscripts in the rough stage to get back to after that.

What would you say is your most interesting writing quirk?

I dream my scenes before I write them. Honestly! I’ve been a lucid dreamer from early childhood.

What is the hardest thing about writing a book?

The hardest thing about writing any book is doing it – that is, putting your posterior in the chair and typing the words.

Do you have a routine that you use to get into the right frame of mind to write?

I need to get enough sleep. LOL. And, contrary to what most writers find about writing in the morning, I’m a nighthawk. I have to clear the decks of all my other chores during the day and then I sit down late in the afternoon and the creative juices start to flow. I do my best work from 8 pm to midnight.

Where is your favorite place to write?

I’d love to say I write in a cozy café or some unique or exotic locale but honestly I sit in my home office. That’s where I have easy access to all my reference books, the kitchen when I need a cup of tea, and a hug from my hubby when I’m convinced I can’t write a single word worth reading.