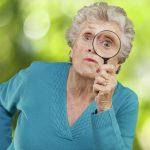 From the time I read my first Nancy Drew Mystery, I was hooked on the puzzles that are at the root of every mystery book. From Nancy, I moved on to my brothers’ stack of The Hardy Boys, dived into my best friend’s collection of Agatha Christies, and the rest is history. Now I’m a career author, and my stories always have a mystery at their core, but I don’t stop there.

Mysteries are the PLOT, but what about CHARACTER and SETTING. There’s nothing that says I can’t add more layers to my story through the other elements while staying true to the bones of a good mystery. Why can’t I let my imagination run wild and weave in magical spells, alternate universes, and portal magic? …As long as I still follow the rules of a good mystery!

Mysteries are stories that have, as their base, a crime (most likely a murder) and someone who strives to solve the crime or catch the killer.  I’m not the only author running amok with the genre fiction.

Today’s mystery and suspense writer can go literally in any direction, genre, and sub-genre.  Romance, Science Fiction, Paranormal, and Mainstream novels routinely tap into the elements of mystery fiction. This has opened the doors to some new and exciting direction like the cozy paranormal mystery series from authors like Mary Stanton or Heather Blackwell. That doesn’t mean that you can throw out the traditional bones of a mystery. The tried-and-true formula still applies along with many of the other fundamentals we’ve relied on for decades.

Mysteries must meet the expectations of its audience, but are its components really so different from other genres?

With the exception of the last two, not so much.

The mystery form is not as rigid as in the past, although you need to observe some accepted boundaries or readers tend to get upset with you. The crime must be serious enough for the reader to want it solved, and there must be a penalty for NOT solving the murder. There must be detection–a crime cannot solve itself. You must play fair with the reader. Every clue discovered by the detective/sleuth must be available to the reader somewhere in the book and clues and red herrings must eventually lead to solving the crime. If it is a whodunnit there must be several suspects and the murderer must be among them. If is a whydunnit, you will know the murderer and the question becomes which of the motives is the reason the crime was committed.

In my paranormal mystery, WITCH UNBOUND, two murders bring Marcus Egan, a magically powerful Guardian Warlock to the mortal realm. The daughter of the murder victims, Avalon Gwynn, is an untrained hereditary witch who is a danger to herself, and both the mortal and supernatural realms, without his help. Together they battle dark forces while trying to find her parents’ murderer. It’s a traditional whodunnit wrapped in magic and romance that I hope readers will enjoy.

I write heartwarming stories of mystery and magic. WITCH UNBOUND is the first book in my paranormal mystery series Beyond the Magic and is available OCTOBER 1. To learn more about my Beyond the Magic series or my author life, please find me on my website at www.bcdeeks.com or on Facebook.