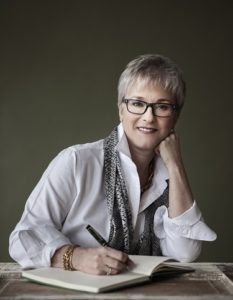 Like most authors, I have a lot more ideas than time. I truly wish that I could write the books as fast as the story ideas come to me. If only, then the following would be closer to release instead of still WORKS IN PROGRESS.

I’m happy to let you know what I’m working on, whether it’s a short story, a mystery or something else.

THE OTHERLAND CHRONICLES: A Fantasy Adventure with Mystery and Romance

(Coming in 2022) I’m hard at work on final edits for The Otherland trilogy and really hope to release the series before the end of this year. You can keep a watch on my progress in the sidebar under WORD COUNT!

When two powerful guardians break Witch Council Law by falling in love, they escape to the mortal realm and give up their magical powers so they can spend their lives together. They have no idea that their actions could ultimately lead to the destruction of the world they left behind—the magical dimension called The Otherland.

Book 1 – WITCH UNBOUND: Marcus Egan, the powerful Guardian and firstborn of the EGAN DYNASTY, is sent from the supernatural realm of The Otherland to investigate when murder strikes in a remote mountain town, and the victims aren’t who they seemed. What he doesn’t expect to find is Avalon Gwynn, the grieving daughter of the victims. She has no idea she’s an extraordinary, hereditary witch, and more than two decades’ worth of Avy’s pent-up magical abilities have just been set free in the mortal world. Can Marcus catch a killer while making sure Avy doesn’t bring Crow Mountain crashing down on her hometown?

Book 2 – MORTAL MAGIC: Theo Egan, a witch with a warrior soul, takes his missing brother’s place as guardian to the ruling Witches Council just when defiant rebel forces are putting that seat of power at risk. Why, then, are they sending him to the human world to investigate a religious community suspected of killing mortals? When Theo discovers that the cult is accumulating magical power from an unknown source, and that a beautiful, but decidedly non-supernatural, reporter named Lacey Dent is closing in on the magical truth, he understands where the real threat lies. But will it be too late to protect The Otherland – and his heart?

Book 3 – REBEL SPELL: Elowyn Egan, abandoned in The Otherland by her older brothers and frustrated by the strictures of witch culture, allows her curiosity to draw her to Drae Ataoz, who has been captured by her father and the Council of Master Witches. This rebel leader has more than a cause; he knows Egan family secrets Elowyn would rather not uncover. How can she choose between conflicting loyalties when the fate of The Otherland is at stake?

A young woman tries to find her place in a family full of police officers while pursuing cases as a newly licensed private investigator.  This is a more traditional cozy mystery with a fresh new female private investigator who’s first case involves murder and diamond laundering.

Book 1 – TRUE COLORS: True Isabella Kirby, a freshly licensed PI, learns no one is who they seem when she takes on a case of arson and follows a trail of death and diamonds to the bleak white north. (First Draft complete)

Book 2 – TRUE BLUE: The undercover cop True meets in Book 1 isn’t quite what she thought either but she owes him, so she has to help him even if it puts her in direct conflict with her family.

At our readers’ request, I have started work on another story for the holiday-themed romantic mystery series, Frost Family & Friends.

BOOK 6 – Untitled: After a bumpy start, Joey and Fletch will be back to work at the Carol Falls Police Station, juggling another investigation, friendships, family and all the other strange goings-on that seem to happen in the rural mountain town of Carol Falls, Vermont. But they aren’t the only ones on the team who wonder if there is really any such thing as a ‘working relationship’. Stay tuned for more details as the FROST FAMILY & FRIENDS SERIES continues…

Look for it online or in a bookstore near you in November 2022!

The final draft is complete and has been sent out to beta readers for review. Comments are due back by end of June.
Publication Date is set for June 2023!

Publication Date is set for November 2023!